Attack of the Clones: A Critique of Political Mechanism

This piece was first left as a review on the website RateYourMusic.com. I was reviewing Star Wars Episode II: Attack of the Clones.

“Around the survivors, a perimeter create.”

These films must necessarily be about the ways in which the Jedi fail. They fail to stop Palpatine, they fail to save the Republic, they fail to raise Anakin as a Jedi, and instead produce The Emperor, The Empire, and Darth Vader. To that end, Lucas understood that the vision we had of the Jedi in the original trilogy is not good enough. In those films, the Jedi were an ancient institution, powerless and marginalised—but fundamentally morally good. In the prequels, the Jedi are the reverse. They are embedded in the heart of the Republic's political apparatus, in that they function as a sort of Special Police. The only reading of the Jedi in the Prequels that makes sense to me is that they are a bizarre branch of law enforcement that do the bidding of the Republic, which itself is just as much an empire—crumbling, pseudo democratic—as The Empire. The "fall" of the Republic into the authoritarian autocracy of the Empire's Sith rule (which ostensibly happens in the next film) starts to look very different if you consider that even before the fall (more than a decade at least when one considers Phantom) we had rampant slavery in the outer reaches, corporate oligarchs literally beyond the reaches of the law (in Nute Gunray), separatist Jedi running counter intelligence ops to help Republican colonies defy Coruscant's financial control, anti democratic bureaucracy strangling the constitutional parliament, and even paramilitary forces fighting hot wars on peaceful Republican inner worlds.

The Jedi, in order to both be involved in this shambolic government and allow for its failure, need to be at least a little unscrupulous and corrupt, and at least a little bit incompetent and toothless. Regarding moral failing, the Jedi Council refuse to train Anakin at first because he's too old to learn safely, but acquiesce eventually on the basis that he's too powerful to let go, and want to use him as a soldier / weapon. Regarding their failure to meet the technocratic standard required by a secret service of a galactic political dynasty, we have their continued failure to notice fascism until the last second.

“Around the survivors, a perimeter create.”

Obviously this line is from Yoda. The thing which is most delightfully strange about this move is that it feels real and believable. What I mean by that is that in our fictions, the political allegory tends to reflect either actually existing elements of, or mythologies surrounding, the reality of the capitalist farce. The Jedi to my mind do not fall into either of these camps, at least not directly. A thousand year old monastic order of religious martial artists perverted by capital into serving as an enforcement wing of a crumbling liberal democracy is not obviously a symbol of any existing institution, unless we just accept them as a vague stand in for liberals, which is unsatisfying to me. The Jedi of these films are too often characterised as simply complacent and too sure of their own moral license to engage in meaningful self reflection, but that interpretation only makes sense if one considers Liberal Democracy to be fundamentally good in the first place. Liberals are not complacent and useless, they are calculating and self serving. Yoda and Windu are not that.

Accepting that Spiritual Cops is a thing that exists in the Star Wars universe is accepting a critique of political mechanism itself. The Jedi can be thought of not as a symbol for something written this way or that to comment on some institution of the real world, but instead as something which just happened to exist in the universe. Posit that there is such a thing as the force, and posit that there is such a religion as Jedi, and thinking through the development of the Republic's democracy to its logical conclusion we come to the realisation that there's no way that the Jedi Order wouldn't end up where they are. That patently ridiculous line of Yoda's makes that incredibly clear—it forcefully makes vivid the entire history of his character leading up to that moment, both in universe as a person who has lived and grown through centuries of political development and as an artifice who has lived through decades of cultural development. Much like black nationalist Bart Simpson Yoda here is a confused collection of symbolic readings, distorted by time and change into a prism of comedy and meaning. That's why he feels believable. The writing doesn't establish Yoda as an organic thing within the Star Wars universe, because it doesn't need to. Yoda is already actually organic, he really does feel as though he's been around for 900 years. 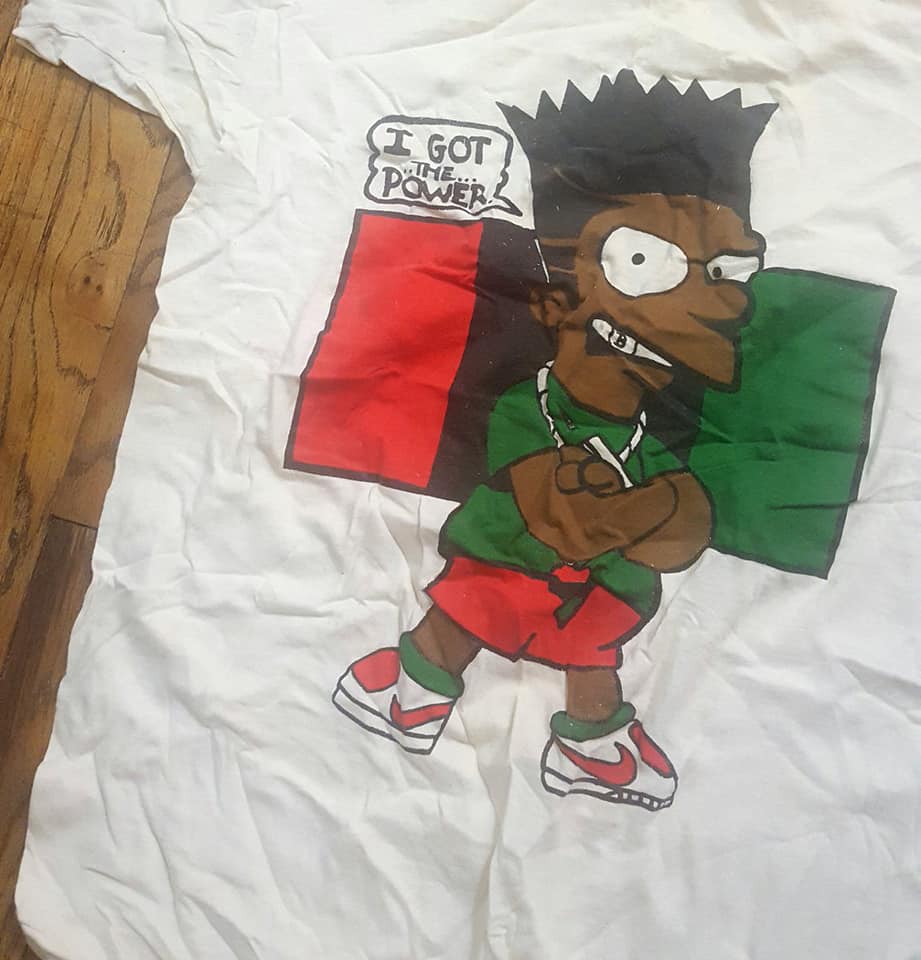